If you’ve been keeping up-to-date with the upcoming otome localisations, you may have already heard that release dates have been revealed and pre-orders have opened (in North America) for three otome games that are heading our way this year. Psychedelica of the Black Butterfly, 7’sCarlet and Psychedelica of the Ashen Hawk are scheduled for release in the West between April and June – one release a month!

This week, Aksys has revealed their website to promote the upcoming releases, labelling the next three months as the “Summer of Mystery”—although the reason why they haven’t called it “Spring of Mystery” eludes me since two out of the three games are scheduled for a Spring release ╮(￣ω￣;)╭

The site contains a very brief description of each game, release dates and pre-order links (currently North America and Canada only).  Sadly, there is no news yet on whether Europe will see a physical release for any of these titles, nor has there been any talk around limited editions. Here’s a quick overview of each game:

PSYCHEDELICA OF THE BLACK BUTTERFLY

A girl wakes up in a mysterious mansion with no memory of who she is or how she got there. She is soon attacked by monsters and stumbles across some handsome men who seem to be in the same situation as her. In order to recover their memories, they must participate in the “Black Butterfly Hunt” and collect “kaleidoscope fragments” held by the monsters.

Suspense, mystery and romance are blended in this supernatural-themed otome game. Combine that with the unique contrast created by mixing bright, psychedelic colours with more muted tones and you’ve got one interesting looking otoge.

A year ago, the protagonist’s brother disappeared in the mysterious town of Okunezato. Encouraged by her childhood friend, she sets out to look for clues alongside the members of the “Forbidden Okunezato Club”, a website dedicated to the legends and mysteries surrounding the town. However, each time she follows in her brother’s footsteps, strange incidents occur and the town’s “other side” gradually comes to light…

Gorgeous character design, an impressive line-up of voice actors and a sleepy Japanese town concealing a dark secret – 7’sCarlet is definitely a title to watch out for, worthy of the whole “Summer of Mystery” setting.

PSYCHEDELICA OF THE ASHEN HAWK

In a town ruled by two families, where women with red eyes are believed to be witches, a young woman is born with a right eye that turns red when her emotions rise. To avoid persecution, she disguises herself as a boy and hides in a tower on the outskirts of town. After a mysterious treasure, the “Kaleidovier”, is stolen from the town’s church, she slowly starts to uncover the mystery of her own past.

A heroine disguised as a boy (hello, Hakuoki), the tension between two powerful families and plenty of mysteries to uncover. The spiritual sequel to Psychedelica of the Black Butterfly is another title going on the wishlist.

Along with the pre-order details, a set of collector pins was also revealed for those who purchase all three titles, although it seems like this bonus is only available to otome fans based in the US (╥﹏╥) Details of how to claim these pins haven’t been disclosed yet, but Aksys have mentioned on their Twitter page that you should hold onto your receipts (physical or digital).

Only 1,000 sets of the collector pins will be made, and are available on a first come, first served basis to US residents by July 31, 2018. Customer must purchase either physical or digital copies of the three designated Summer of Mystery titles to qualify for the bonus pin set. A small shipping and handling charge will be applied.

Despite being terribly excited for these titles, something about the way Aksys is promoting them doesn’t sit quite right with me (｡•́︿•̀｡)

By labelling these games as “interactive fiction” and focusing on the whole “mystery” element, it feels like they’re trying to cover up that these are in fact otome games (乙女ゲーム otome gēmu), literally “maiden games”, i.e. story-based games targeted at women. Sure, they are interactive fiction since they fall under the visual novel genre, but calling them that is only telling half of the story. What about the romance element and the abundance of handsome bachelors?

It feels like Aksys is proving once again that otoge only stand a chance to get localised if they are heavily plot-focused and don’t contain too much fanservice. Sigh. I don’t mean to downplay how amazing it is that we’re seeing these wonderful titles get localised, but it does crush your hopes for some other games to ever get an English release. Spike Chunsoft, I’m looking at you… I’ve not forgotten that you’re just ignoring how many people are begging for a Kenka Bancho Otome localisation.

At the end of the day though, we just need to keep being vocal and try to overthrow this strange notion that female-targeted fanservice is just not as accepted as the equivalent aimed at a male audience, and let them know that there is a whole #OtomeArmada craving more otome releases in the West. Sometimes games don’t need the most immersive plot if the guys are good-looking, the voice acting is incredible and the romance thoroughly enjoyable (*♡∀♡)

If you’d like to find out more about these wonderful otome games, you can read about them here in one of my previous blog posts where I covered upcoming otome localisations for 2018! 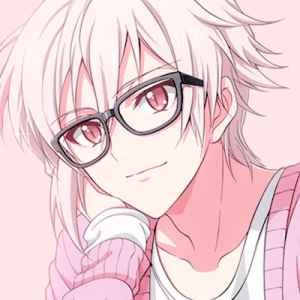